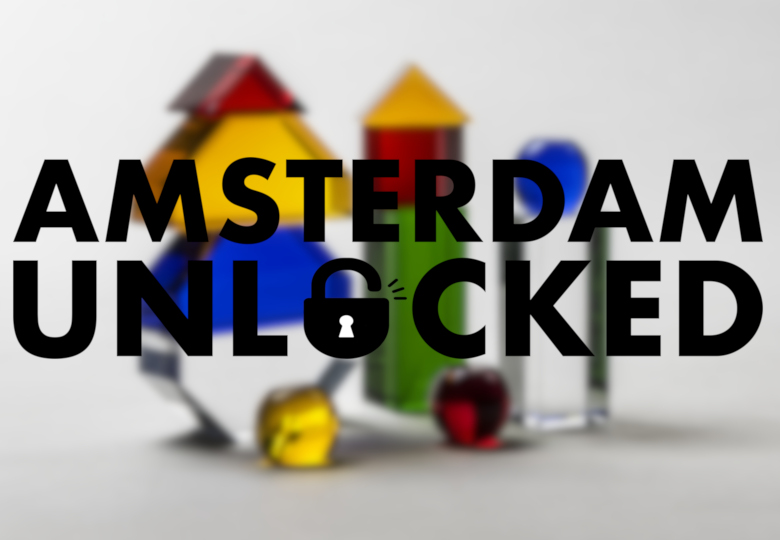 The first episode of Amsterdam Unlocked presents 'The Game of Glass Blocks' by the German artist Bruno Taut. Taut was a utopian at heart. He wanted to make things beautiful and could look beyond misery. That's why 'The Game of Glass Blocks' is so appropriate for our time, according to Museum Het Schip. You can find an English translation of the Dutch commentary below the video.

This ‘Game of Glass Blocks’ is by the German artist and architect Bruno Taut. Taut was a utopian and often went beyond his own fantasy. After the First World War – a war that fought over nothing and claimed millions of lives – Taut wanted to build a city of coloured glass in the Alps. He wanted to play with the incidence of sunlight, reflection and transparency and furthermore, sought the tension between beauty and vulnerability. Taut always wanted to make things beautiful. Unlike his game of glass blocks, the city in the Alps has never been built. But that’s not really the point. If you are able to look over misery in a difficult time, such as war, in periods of total disruption, or as in this corona crisis, it will give you the prospect of a future. This is what gives us hope.
This story was contributed by Alice Roegholt, director Museum Het Schip.