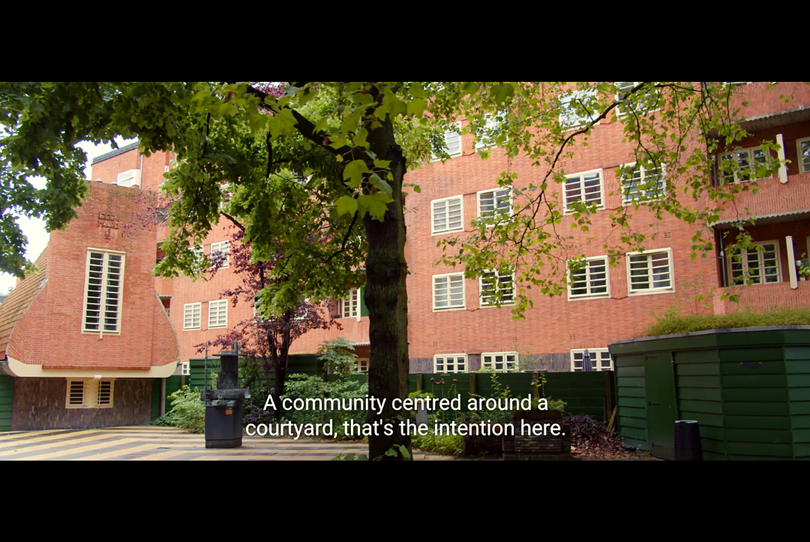 How has avant-garde architecture developed in the Netherlands over the past hundred years, and what have the residents of "ordinary houses" gained from the -sometimes wild- experiments of the architects? The film Pioneers of the Dutch Modern House consists of five themes covering twenty iconic houses spread throughout the Netherlands: from the Amsterdam School to postmodernism, from Gerrit Rietveld to Mart van Schijndel and many others.
Het Schip is one of those iconic buildings and is therefore screening the film on November 24.

Prior to the film, a meal may be eaten in the museum's lunchroom beginning at 6 p.m. (optional). A guided tour to the museum residence will follow at 6:45 pm. The film screening (English subtitles) starts at 7:30 p.m. and lasts until approximately 8:30 p.m. Following the film, there will be a conversation between architectural historian Natascha Drabbe, director and founder of the Iconic Houses Network and producer of the film, and Alice Roegholt, founder and director of Museum Het Schip.

Due to high demand, a second screening has been planned on the 26th of January, 2023.