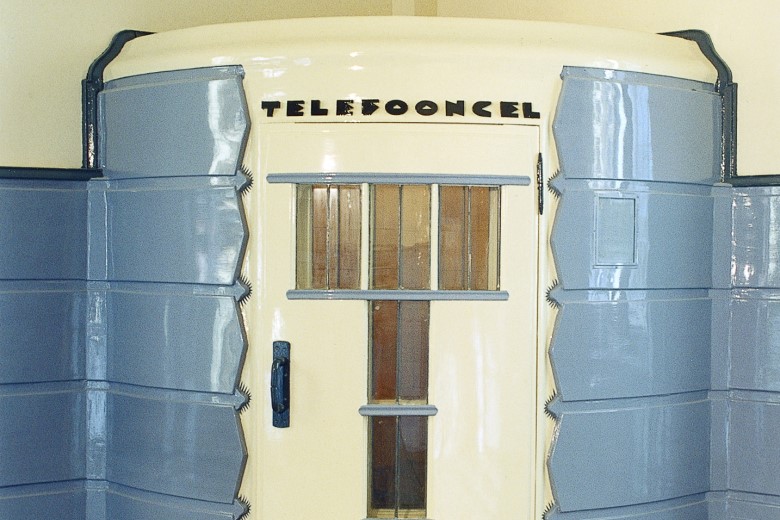 From September 2020 Museum Het Schip will highlight the treasure of his collection: the formal postoffice by Michel de Klerk.

The post office at the Spaarndammerplantsoen is part of the Het Schip public housing block, built between 1919 and 1921. Architect and artist Michel de Klerk designed both the exterior and the interior and created a wonderful example of Amsterdam School construction and decorative arts. Building a postoffice in a housingblock was quiet exceptional for that time; the municipality of Amsterdam required facilities in this new residential area so the workers living there could participate in modern social life. In the post office people could telephone, buy stamps, put money on the savings account and withdraw money. Everyone could now open an account for free so that wages could be transferred. Until then, workers were often paid a day after work in the pub. A lot of money was spent there on beer and gin…. This post office is an important historical monument; it is the only original post office from the twenties in the Netherlands that is still there. Built at a time when the Dutch PTT and Rijks Post Spaarbank paid a lot of attention to innovative design.

The postal service left at the end of 1999, the post office then became a part of Museum Het Schip. The grass green colour that the PTT left on the walls, was brought back to the original blue-grey linseed oil paint. In the last three years a huge restauration was done, during which the post office was not accessible for visitors.

To celebrate the re-opening of the post office, Museum Het Schip curated an exibition on the fascinating history of the postoffice, including original drawings by Michel de Klerk.

The exhibition can be visited by joining the guided tours Museum Het Schip organizes every day. More information follows.

This exhibition has been made possible by the heart-warming initiative 'De kracht van onze Nederlandse Collecties'  by the Rembrandt Association and the Turing Foundation.

With special thanks to: