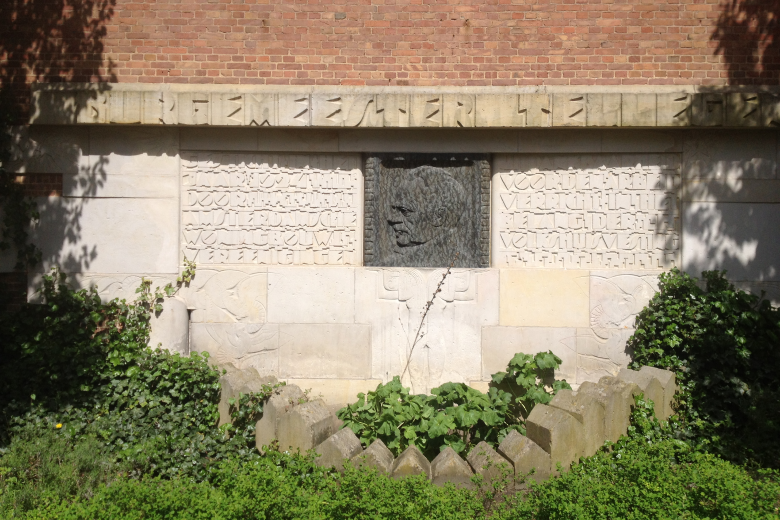 A monument to the mayor

Extended: from 16 April 2021 until 30th of September 2022, Museum De Dageraad will be organising an exhibition and activity programme around the 100th anniversary of the death of Amsterdam's mayor Tellegen.

Mayor Jan Willem Cornelis Tellegen was an inspired and social leader. He began his career in Amsterdam in 1901 as director of the Building and Housing Inspectorate. He played an important role in the realisation of many new houses for workers according to the requirements of the Housing Act of 1901.
He involved young, enthusiastic architects in the construction of these houses, and put beauty first and foremost. The creation of a clean and attractive living environment would lead to happy and contented residents, which in turn would help to improve their position in society. A philosophy that was also held in high esteem by the architects of the Amsterdam School.

Tellegen endeared himself to the public with his way of governing, and Amsterdam was shocked when he died. It was soon decided to erect a monument in his honour. Architect Piet Kramer and visual artists Chris van der Hoef and Hendricus Jansen van Galen incorporated both the formal language and the ideas of Tellegen and the Amsterdam School in this special monument, which can still be admired in Burgemeester Tellegenstraat.

One hundred years on, Museum De Dageraad is organising many activities related to Tellegen's life and work, and the artistic climate in which he worked.

Besides an exhibition, there are lectures, discussions about the historical and current development in the field of social housing, art routes, neighbourhood activities and craft workshops for both visitors and the education sector.